Fresh out of the studio, having recorded the follow-up to The Bomb Shelter Sessions, Vintage Trouble recently made a welcome return to the UK.

After an extensive UK arena tour as a special guest to British soul singer Paloma Faith the band embarked upon a sold out headline UK tour to road test some of their new material.

Vintage Trouble were joined throughout the tour by DJ and vinyl aficionado, “The Soul Selector”, Tom “Papa” Ray, who has toured with them on several occasions in the US and has been a great supporter of the band since their early days.

Tom has a radio show on KDHX in St Louis as well as a record store,”Vintage Vinyl”, which was recently voted as one of the top ten record stores in the US by USA Today. Papa Ray warmed up the audience and got the crowd dancing each night spinning a superb selection of rare vintage soul and blues.

London has been almost a second home for the band ever since their appearance on the BBC’s “Later with Jools Holland show” in 2011. Tonight the band played one of their largest headline concerts in the capital with a sold out show at the prestigious Koko in Camden, a venue which has recently hosted high profile shows to the likes of Prince and Kanye West. Koko is a beautiful art deco theatre, vintage in character, and perfectly appropriate for the band, with several tiers of the balcony and an elegant mirror ball adorning the ceiling above.

The room was heaving with eager TroubleMakers, a significant number of whom had travelled across the world for the show, from France, Japan, and the USA to name but a few of the nationalities represented. The band was also watched on by their manager the legendary Doc McGhee of Kiss, Motley Crue, and Bon Jovi fame.

Tonight Vintage Trouble were on fire and once again delivered a superb, well-balanced set, of both material from the new album like “Angel City”, fan favorites like the fast and furious “Total Strangers” and the superb “Another Man’s Words” from “The Swing House Sessions” EP. At one point in their set, and a first at any Vintage Trouble concert, frontman Ty Taylor took to crowd surfing across the top of the audience, much to the excitement of the TroubleMakers. Truly a spectacle to behold.

They brought the evening to a close with the hard rocking “Strike Your Light On Me” and the mesmerizing “Run Outta You” before the band jumped off the stage and made their way through the London crowd, so much energy in the room it felt as if they were taking a well-deserved victory lap. 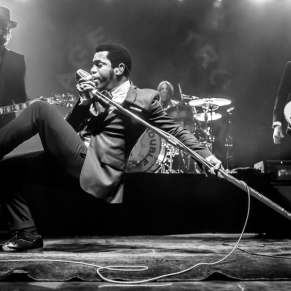 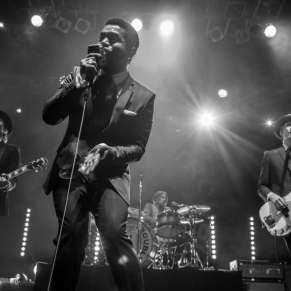 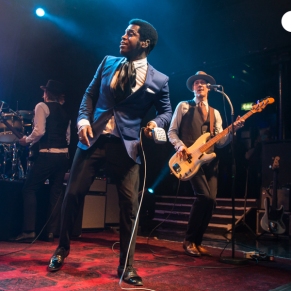 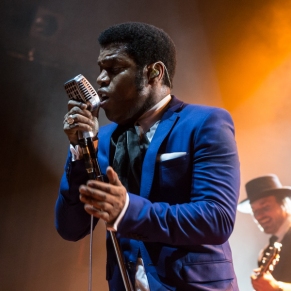 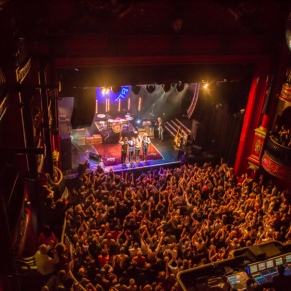 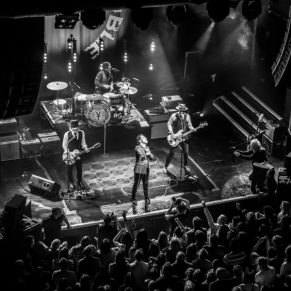 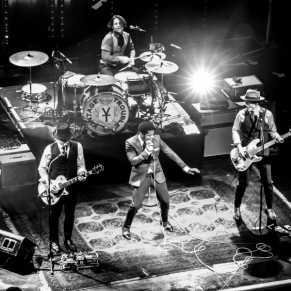 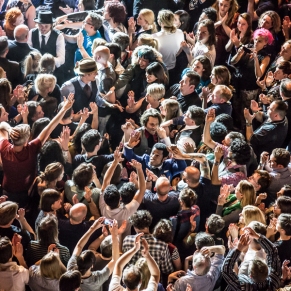